The University of Arizona, in the search of understanding Nature and the different mechanisms that occur in the landscape, has built the Landscape Evolution Observatory (LEO) at Biosphere 2, in Oracle, Arizona. LEO is the world’s largest weighing lysimeter that studies the interaction of water, temperature, soil and vegetation, amongst other environmental elements, on three full-size-scale hill slopes.

Each of the three hill slope sections consists of the tray, a 38-foot wide by 100-foot long steel box open on the top, sloping 10-degrees in the longitudinal direction with a changing transverse slope along the tray’s length to form the ridges and a valley channel simulating a hill slope. Supporting the tray are ten large uniaxial load cells centered on the top of each column and the substructure, a system of beams and steel braces that connect the columns aligned directly over existing concrete columns of the basement structure. The third component of the structure is the personnel transporter, a mobile steel structure similar to a gantry crane for human transport that traverses over the tray, covering its full width and length thus allowing scientists to monitor LEO without disturbing the soil.

Many ideas were explored to solve the need to provide a safe way for the scientists to explore the contents of LEO and the use of technology combined with engineering expertise from M3 makes this project a success. The use of laser scanning technology to recreate a model of the existing building precisely determined the dimensions of the available space, allowing M3 to maximize the use of space and eliminate interferences during construction. Additionally, the development of steel shop drawings using Tekla Structures provided by M3 along with the design documents saved time and money during the construction phase as the detailing complexity and any clashes were solved early in the design phase. 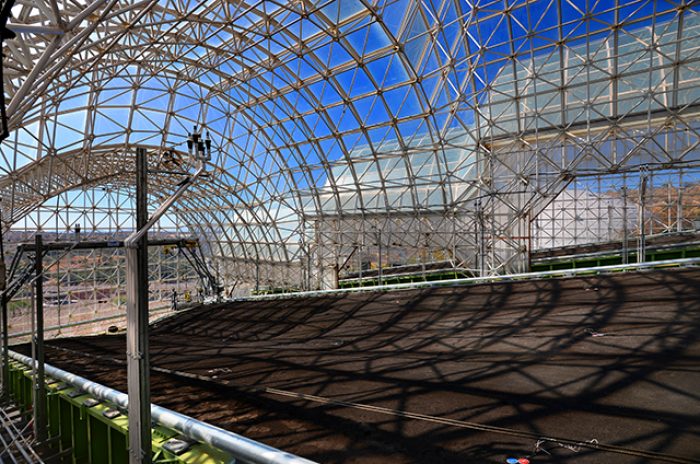 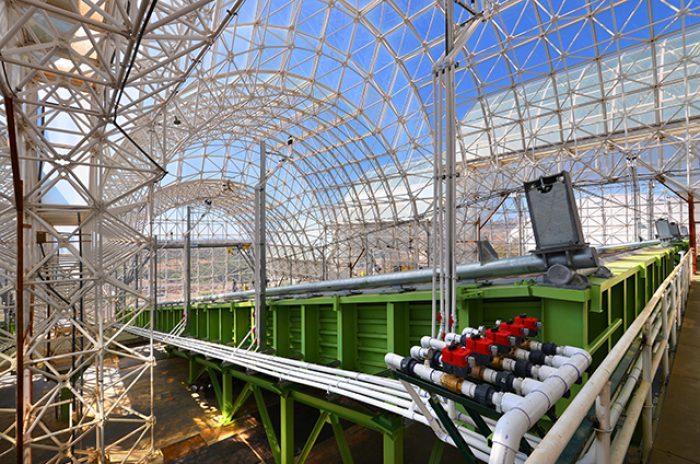 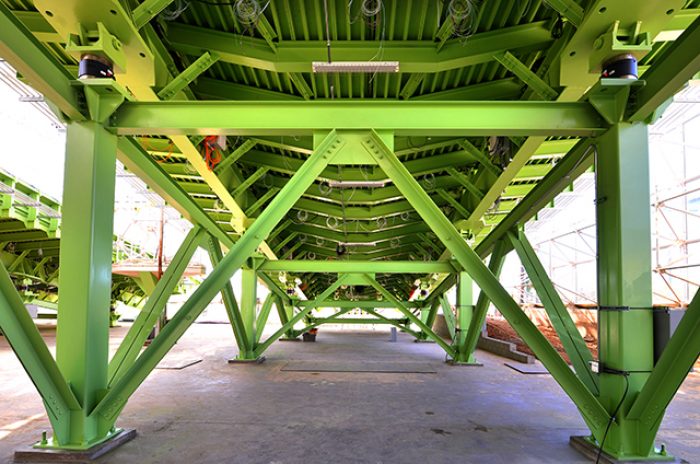 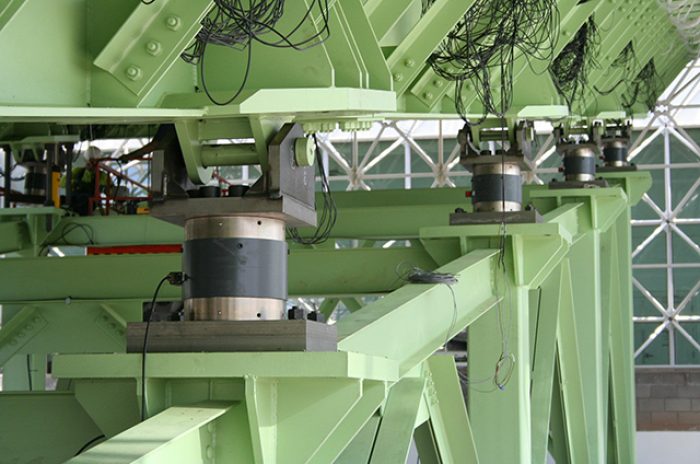 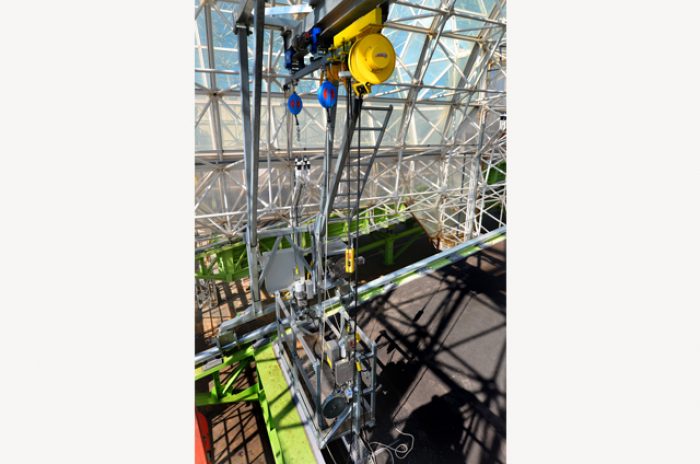